Unexpectedly many Debian developers and users participated in the annual debconf (18th-20th of July) and the first debcamp (12th-17th of July) at University of Oslo. Debcamp, a work camp for development, bug fixing and workshops, was held for the first time ever.

Attendance for both debcamp and debconf was better then expected: circa 90 people came to debcamp and circa 140 to debconf. Thanks to strong sponsorship from HP, NUUG Foundation, Lindows, Trolltech, the University of Oslo, O’Reilly and Linpro (with Dell) food, facility, abundant computing power and accommodation were free and many developers both from Europe and abroad could be supported in their travels. The strong support from the Norwegian Unix User Group (NUUG) in planning and organisation made the event go smoothly and left a professional impression.

During debcamp the future debian-installer made great progress, over 200 bugs got fixed and lot of time was spend discussing and socialising. At the conference people could communicate, coordinate further development and enjoy a wide variety of talks.

The current Debian Project Leader, Martin Michelmayr was especially impressed with debcamp: “This year’s debconf and especially the preceding debcamp were a great success. The idea of having a debcamp in which people can work on various projects together was born during last year’s debconf and got realized this year. We have seen that it is very effective when you can put people who normally work together via the Internet in a room. Many design and implementation issues have been discussed and have successfully been resolved. We will try to hold more debcamps in the future, possibly smaller ones in different countries.”

Debian’s coordinator for the conference, Andreas Schuldei, concluded: “Especially mostly virtual communities need these kind of events and gatherings to become more relevant to real life. I think this event has fulfilled its goal to inspire and motivate everyone attending. This was a striking example of Debian’s vibrant community and amazing variety.” 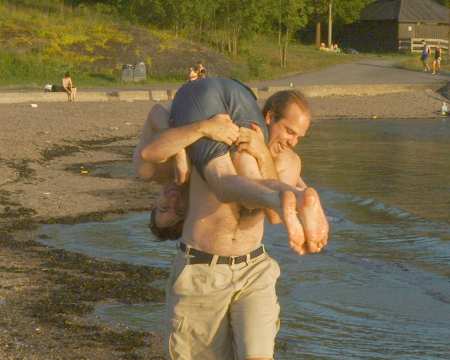